Apparently the writing was on the wall. On Tuesday 11 June 2013 the Greek coalition government passed through the parliament a "special executive order" which allows ministers to shut down public sector companies, organisations and departments at will, as a matter of urgency. Greece is increasingly governed with the use of "special executive orders", orders which effectively bypass the parliament as they are orders with immediate effect, issued by the government and which require only the President's signature [1]. Executive orders still need to be ratified, preferably in forty days but in reality up to three months after they were issued. 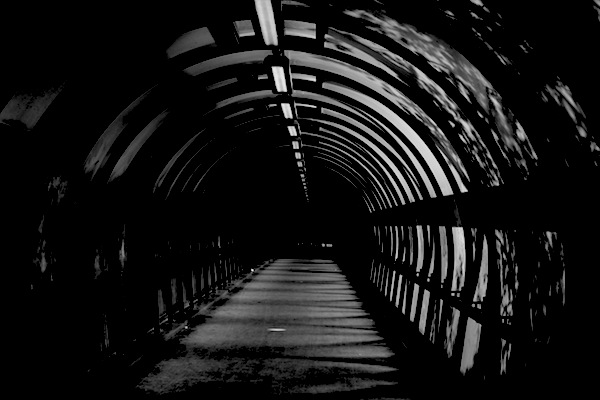 In the case of executive order A139 [2] it doesn't really matter since three months is plenty of time to wind down an organisation, sack its employees and transfer its assets somewhere else. And when the order was filed (rather than actually passed), many people already knew that its first, if not intended, victim would be the Greek public broadcaster, ERT.

Greece is currently governed by a tripartite coalition led by Antonis Samaras of New Democracy (the right wing), Eleftherios Venizelos of PASOK (the remnants of the "socialist" party) and Fotis Kouvelis of DIMAR (one of the many spinoffs of the "reformative left"). This "mini troika" is in place to guarantee that the "big troika's" demands will be enforced on Greece and transformed into law and sell-offs. They are necessary because the difference in votes between New Democracy and the opposition party Syriza, who vehemently oppose Troika's demands, is such that only a coalition of the three could have kept Syriza and Alexis Tsipras out of government.

As regards New Democracy's view on ERT, things are (were) crystal clear. Samaras, a man of business and golden handshakes, instinctively disliked ERT, the Greek public broadcaster with sixty odd years of history. When it comes to the other two, things are slightly less clear. In the current wave of cuts, fire sale of state assets, wage and pension reductions, it had become clear that the over 2500 employees of the broadcaster would have to accept reform, reductions, even department closures. But the two are adamant that they do not agree with the order, nor will they ratify it in three months, when a new, smaller broadcaster will be in place (and the audience gone)!

ERT, just like everything spun by the Greek state, was a listed company only in name. Its director and other executives were always appointed by the government. Consequently, recruitment was mostly done according to party loyalty criteria. The fact that the broadcaster managed to produce a lot of high quality material and series, to archive thousands of hours of traditional Greek music and to broadcast some superb radio over the years is a testimony to this permanent feature of modern Greece; few people work like dogs to feed the many, and those few perform miracles. Yet it is those few who are the first in line to lose their jobs, those who nobody mentions in the current "discourse". I say "discourse" in inverted commas because in reality the dialogue has been reduced to statements such as "shame on them" and "they were wasters".

ERT has been governed just like everything else in Greece. The papers are full of stories about excess and cronyism. At the same time, Greeks are fed up with everything, including the TV license fee paid through their electricity bill [3] and, having now become cynical and almost anaesthetised to reality, many of them simply accept this as inevitable. But of course if what the government says is true, namely that the only way to deal with a culture of "unionism, cronyism and waste" that "characterised ERT" was to wind it down then this is not an indication of strength or progress, but an admission of failure. You see, it was Samaras' and Venizelos' parties that governed Greece since at least 1974, so they both had plenty of time to change the situation. If they couldn't, then how will they do so now? It is common knowledge nowadays that jobs in the public and semi-public sector are allocated using the 4-2-1 system, i.e. four jobs to New Democracy voters, two to PASOK and one to DIMAR. Is this not the same system that generated and promoted the kind of cronyism cited as the chief reason for the dismantling of the Greek public broadcaster?

The mini-troika is presiding over a destructive process, not a reformative one. Greece managed to sell its Lotto company to the sole bidder for almost €100 million less than they wanted; they passed on the extraction rights to a gold mine in the north of Greece, projected to generate anything between €10 and €20 billion profit, for the royal sum of €11 million. They have managed to lock the main port in a contract with the Chinese, a contract which at first glance seems rather unfavourable to Greece (good job Pericles is not with us anymore or all three would be ostracised). To top this all, the day before the special executive order was issued, Greece had just failed to sell off its public gas company to Gazprom, a sale which was projected to contribute almost half this year's privatisation money. Yet, Samaras has been raving and, just a few weeks ago, telling the Chinese in Beijing that Greece's is a "success story". No it's not.

So why now? And what does it mean? Is the man crazy, a bully, a moron, or just a calculating juggler? It is worth remembering that Samaras some years ago left New Democracy to form a new right-wing party, "Political Spring" (Politiki Anixi)[4]. That party was mainly about fomenting, and benefiting from, rising nationalism; specifically that party defined itself as the party of the "great" marches against the Former Yugoslav Republic of Macedonia over their use of the name "Macedonia". Samaras was arguably detrimental to relations between the two states (the term "Macedonia" had defacto been used everywhere but in Greece), and to the process towards a solution. Furthermore, he probably didn't care one way or the other; rather, he was using it as a means to gain power. The electoral success of Politiki Anixi was abysmal and so were the consequences of Sanaras' meddling with the nationalists.

Samaras now feels powerful. He doesn't appear to know that things are really bad; even worse, maybe he simply doesn't care. All he knows is that his "success story" appears to be the dominant one in the local media [5]. He has clearly sold the story that the gas deal with GAZPROM fell through for reasons greater than and beyond Greece (i.e. the geopolitical chess game between EU-USA-Russia). In fact, he even felt comfortable enough to ask or to appear to be asking the troika to reduce the projected privatisation target by the amount of the deal lost, only to receive a resounding no. The downgrade of the Greek stock exchange to that of a an emerging economy doesn't seem able to ground him.

I think the man is a little bit of all of the above. He is prepared to put the gun to Venizelos' and Kouvelis' heads to demand they accept their role as that of subordinates. The blackmail here is that, should they do what they must do and tell him where to go, he is prepared to take the entire nation hostage to elections, to finally materialise his childhood dream of being the only chief. Or is he?

What will the other two do? I am not sure. They are both insignificant. Pasok pretty much died the day Papandreou handed Greece over to the IMF and the European Commission. Each of the two parties would receive about 5% of the vote, half that of the neo-Nazis, should elections be held right now [6]. According to the last polls, Syriza is only 1.8% behind New Democracy. The greatest mystery of all is what the exhausted and numb Greek voter will do should Samaras carry out his threat.

In all this ERT doesn't matter. Not only does it not matter, but it is one sober, and to a degree impartial, voice less. The great danger, of course, in view of the fact that things increasingly don't matter any more in Greece, is that it will turn into a nation of nihilists. After all, it is one thing to say something needs to be done with ERT, but another thing altogether for a politician to shut down 60 years of history with an executive order, just because he wants to be "calife a la place du calife".

[1] They are quite popular for bypassing environmental law, pension reductions,  selling off state property and so on.

[3] It means that every Greek paid license fee regardless of whether they watched ERT or not, or even had a TV. In terms of communication tactics this is only slightly devious on Samaras' behalf since the electricity bill has already been used as a means to collect extraordinary house property taxes, so any reduction in those extra fees will make a good impression on some (hopefully few) idiots.

[5] It appears that the Greek prime minister doesn't read the foreign press.

[7x] http://www.protothema.gr/greece/article/?aid=285665 - The Greek Treasury's Announcement. Not corresponding note in my text yet. This gem requires translation in English it has been clearly written by Smaras' team; in fact, I can see his own madness in here. Will link to main text as soon as possible.

Of Greeks, Lagardes and Angelas. The chronicles of a death foretold, part 1

royal mail (soon to be sold to deutsche post)

European Solidarity to Greece revisited by Dimitris A. Kazis

You are a pretty girl, not a Pakistani

On Soros' &quot;The Tragedy of the European Union and How to Resolve It&quot;

The father (of Pavlos Fyssas)

Why we need to support Greece and Syriza

Few thoughts on what has just happened

On Europe, the euro, Democracy and the drachma..

We Need To Talk About Schäuble

The European Union is dead. Get over it.

Some thoughts on May, the election, and the EU